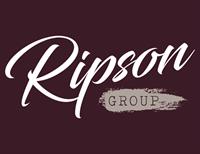 Chicago and Bettendorf, IA (September 4, 2018) Today Ripson Group expanded its media relations, digital marketing, video production and crisis communications service offerings by opening a second office in Bettendorf, Iowa – Quad Cities area. The company which got its start in a 12th floor West Loop Chicago home office eleven years ago is poised to continue its double-digit growth track with clients across the country.

“Our strategic business platform is based on the ability to be phenomenal storytellers to a variety of stakeholders,” said chief executive officer and founder, Lisa Ripson. “With the convergence of media relations, video, social media and digital marketing, we lead clients through today’s communications challenges from Chicago to Toronto, to Tampa Bay to Los Angeles.

Ripson Group also announced the appointment of Christopher Comes as president and partner. A fifteen-year veteran of the telecommunications industry, Comes will be responsible for overseeing strategic sales growth for the company and continue to consult on clients in the retail, real estate, restaurant, sports marketing, telecom and technology related fields. He joined Ripson Communications in 2013 following his role as national public relations director of Seattle-based Clearwire. Prior to that he was the Midwest regional director for AT&T overseeing the launch of the first Apple iPhone in 2007.

“We look forward to extending our geographic reach beyond Chicago to a burgeoning Quad Cities marketplace,” said Ripson Group president Christopher Comes. “Our clients in the Midwest, West and East Coast appreciate our senior counsel in their respective industries. We believe our boutique agency, journalistic, and hands-on approach will continue to generate amazing results for small and large businesses.”

Ripson Group is a Midwest based full service boutique public relations and marketing service agency with offices in Chicago and Bettendorf, Iowa. The company was founded in August 2007 in Chicago’s West Loop by Emmy-Award winning news producer Lisa Ripson. Ripson also worked at Edelman Chicago headquarters office prior to her founding of her own company. Storytelling expertise is at the heart of this Midwestern company. For more information and case studies, go to www.ripsongroup.com.